As phone use becomes more and more common at Pahrump Valley High School, teachers’ policies have changed from classroom to classroom, and with that comes different teacher and student opinions on phone use in and out of the classroom. 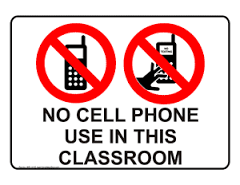 Policies at high schools can cover a wide variety of things.  From clothing to electronics, high schools usually enforce policies and hold expectations for the students that attend their school.  One of the most controversial policies that are enforced in most high schools is their electronics policies, such as phone use, headphone use, and so on. At Pahrump Valley High School (PVHS), the policy on phone use can be somewhat confusing to students, since phone use rules can vary from classroom to classroom.  The confusing part of having a policy enforced in this way is that different teachers have different views on phone use.

During an interview with Trina Daffer, an algebra teacher at PVHS, she talks about the different reasons why she doesn’t like phone use, especially in her classroom.  When asked about her views on students using cellphones in class, she says, “I know that it does help some kids, but a lot of times it’s distracting to others, so I don’t have it in my class.” When asked about her opinion on teachers that don’t enforce a phone policy in their classrooms, she says, “If we have a common policy that we can all enforce, we should all [enforce] it, but kids know, ‘Oh I have to do it here, don’t have to do it there’.’’ When asked about her opinion on phone use in general, she responds saying, “I wish we didn’t have it.  It’s a good tool for some things, but too distracting for most things.”

In an interview with Andrew Norton, a science teacher at PVHS, he talks about why he likes phone use, but only when they are used at the appropriate times.  When asked about his policies in his classroom, he talks about the main 10 rules he has in his class, which range from phone use to not allowing students to swear in his class.  When talking about his phone use policy, Norton answers saying, “Phone use, earbud use, things like that are not allowed to be used in my class until it is their own work time and then I’ll tell [them].  At that point, If [they] still want to listen to music, that’s up to [them].”  He also talks about how phones can be helpful tools during his science labs, saying, “Cell phones get used a lot in the labs to record data, videos, using them as calculators, or using them as a stopwatch.” When asked about his opinion on phone use in general, Norton says, “I think it’s unrealistic to have zero phone use, but there just has to be a time when it’s acceptable and when it’s not, and the problem is that it has to be enforceable, and [as of] right now, teachers have almost zero power over enforcing that.”

When interviewing Micheal Colucci, one of the PE teachers at PVHS, he talks about his policies for phone use, saying, “In PE, students are allowed to use their cell phones during independent physical activities. They are, however, not to be used during organized class warm-ups or workouts, or during teachers’ announcements or instruction.”  When asked about his opinion on phone use in general, he says, “I believe that appropriately using cell phones during independent activities or exercise is what people do in the real world and it is acceptable. I also believe that dependence on cell phones in place of basic life skills, social media addiction, and cell phone use when attention should be paid to a speaker or teacher are extremely detrimental to students’ mental, social, emotional, and physical development.”

During an interview with Ariel El’ohym, a 10th grader at PVHS, she talks about how she uses her phone during class and why she doesn’t use her phone in classes that do not allow them, saying, “I usually use [phones] to look up sheet music, reading, or for looking up things.”  When asked if she uses her phone in class even if the class doesn’t allow it, she says, “I don’t, because they don’t allow it, so why [use] it?”

At PVHS, even though the phone policies are district-wide, at PVHS, they usually vary from classroom to classroom, and phones are always allowed to be used during passing periods, and during lunch.