Women deserve more freedom when it comes to their rights. 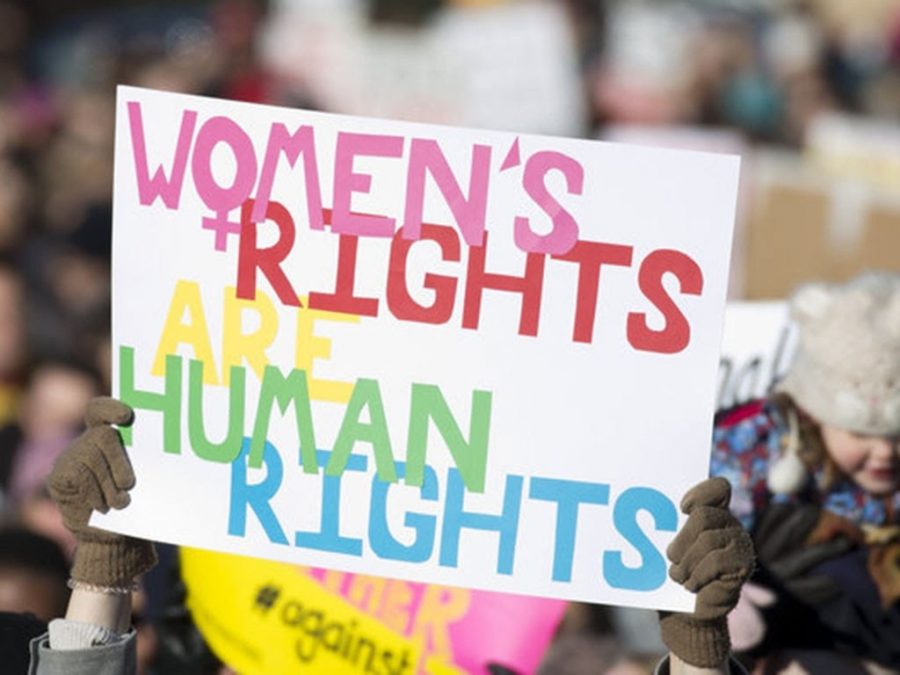 Every day women face something in this world. You either see it in the news or you don’t, but one thing that some people don’t seem to care about are the rights that women have and how limited those rights are and how strict they can be. This does not only happen in America, this happens all over the world and women are fighting for it. There are women around the world that have to ask their husbands so much as to go out for a walk.

Afghanistan women have very limited rights as well but that doesn’t stop them from trying to fight for them. “Afghan women are fighting back—taking to the streets and protesting, even in the face of violence from the Taliban.” These women went out as a group and started protesting out in their street knowing that they could get into so much trouble for it but it shows that these women were tired of how limited rights they had that they fought for it but it’s not only women who face these sorts of problems around the world.

It’s not just women who face discrimination or hate because of their gender, young girls as well face the same thing and are limited in their rights as well. Young girls every day are fighting for their rights as well. It isn’t shown much on the news or online but it does happen and it happens in places that are strict with rights for women and some problems that happen to women and young girls happen simply because of their gender which is truly unfair. “Across the globe, many women and girls still face discrimination on the basis of sex and gender. Gender inequality underpins many problems which disproportionately affect women and girls.” Gender doesn’t give the right to others to have non-consensual intercourse with these women and young girls or to treat them wrong because they are just as equal and they deserve better.

All around the world men are usually the ones who have more freedom to do whatever they want and it is quite known because every day you see somewhere only that either a young boy or man is doing whatever they want either just because of their gender or because of their “power”. Men and young boys as well get discriminated against and things happen to them as well but it is not commonly seen the way that women are seen whether that is on the news or online and it is because of the way certain people are believed to think. “Fully 45% volunteer that a society where women have equal rights with men would include equal pay. An additional 19% say there would be no discrimination in hiring, promotion or educational opportunities.” Even when put into a vote there are people in this world that believe that men and women should have equal rights because it would not lead to many of the problems that we have now in society.

After reading this article hopefully you will now be able to understand what women and young girls go through and how we are fighting for our rights even if they are limited and if my article made you upset in any way you are probably the problem and need to rethink a lot about your life.